Thinking about outsourcing your web work to India?

Outsourcing Web work to other countries such as India, is very enticing. Your emails get filled with low price offers to build websites and apps for a fraction of what you will pay in the United States. However, just like all of the ads for cheap or free websites that you see on TV, the offer is usually too good to be true. A very common marketing technique is to lure you into being a customer, then start adding the cost of the functionality that you truly need.

About a year ago, we created a proposal for a new website build, for a publicly traded company. They did not get back to us about taking on the project. Recently, a newer employee of that company was searching for a local web design company to do work for their site. This employee contacted us about getting a new proposal unknowing that we have already submitted a proposal. The real reason that they wanted a local company working on their website, was that they hired an Indian developer to redesign their site several months ago. The Google search results for that site display a warning that the site was hacked. The Indian developer did not know how to fix the problem.

We researched the site to submit a new proposal and found that the site was indeed hacked. We started looking at the changes made on the site from when we last evaluated it. We noticed that the only changes made to the site, were the changes that we had suggested in our original proposal. It was clear, that they used our expertise to evaluate the needed changes, and, in order to save money, they found a developer overseas to complete the work.

One of the hardest tasks with building a website is knowing who is actually doing the work. Even if you hire a designer in the United States, there is a very good chance that most if not all of the work will be done overseas. We sometimes think that our Entangle Media team is the only group that actually building websites. In this case, the Indian developer must have outsourced this project to another developer. If he was the one that was actually working on the project, he should have been able to identify this particular hack and know how to fix it. When the company contacted the Indian developer, he did not know how to fix the problem. This is why the company has taken the path of thousands of US companies: outsourcing their technology needs out of the country only to be disappointed by either the quality or true cost of the work, and return to us-based developers. In our particular case, if the company went with our initial proposal, they would have saved time and money getting it done right the first time.

Regardless of who is doing your work, just make sure that you really know who is doing the work. It is very common, if not the norm, for contacts in India to outsource the work to other people inside of India to actually complete the project. This disconnect can often lead to lower quality work and ultimately more problems and expense. 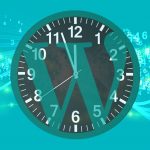 WP-Cron is a built-in WordPress feature for running scheduled tasks and time-based processes. The trigger for running WP-Cron is based […] 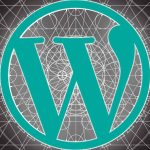 WordPress is an important framework we use when designing and developing websites for clients. We believe in client empowerment: One of the […] 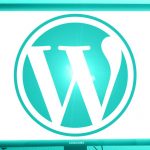 September 1, 2017 | by admin The 3 Most Useful WordPress Hacks You’ll Wish You Knew of Sooner

WordPress is great at making most website management tasks easy, but sometimes you run into technical issues or need a […] 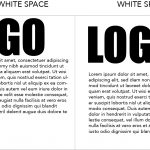 In my design adventures, I have often run into designers that don't understand "white space". The concept was drilled into […]